In my previous blog entry, I outlined the rhetorical-situational context leading into Barack Obama’s March 28th Remarks by the President in Address to the Nation on Libya. In that post, I identified three rhetorical tasks the President needed to accomplish in order to effectively respond to the multiple and conflicting exigencies from which his speech stemmed. In this post I will examine the speech in more detail, attempting to shed some light on the rhetorical strategies employed by the President.

Given the presumed exigencies of the speech, the President needed absolutely to articulate his administration’s rationale for engaging pro-Gaddafi forces in Libya. He needed also, though, without acknowledging it outright, to counter his detractors’ accusation of ideological treachery and political hypocrisy. President Obama appears to have met this need by characterizing American involvement in Libya as a humanitarian imperative. 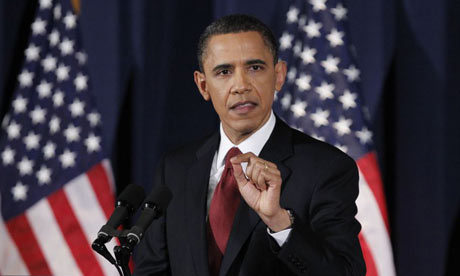 The President’s speech did not focus on the military or geopolitical expediency of U.S. action in Libya. His focus was not on the preemptive subversion of terror, nor was it on the need to ensure the freedom and autonomy of the Libyan people. Rather, the President’s focus was on the “looming humanitarian crisis” in Libya. As if the topicality and importance of humanitarianism abroad bore additional reminding at that moment—the Fukushima Earthquake had occurred a mere 17 days earlier—the President made sure to mention at the speech’s onset the United States’ ongoing relief efforts in Japan. In so doing, he provided an integral audience prime for the rest of the speech: namely, the American imperative to be a leader in humanitarian aid abroad—whether, evidently, that aid takes the form of food rations in Japan or aerial raids in Libya.

Political and moral counter-arguments notwithstanding, this appears to have been a brilliant stratagem. By implicitly equating the undisputed humanitarian crisis in Japan with the comparatively debatable humanitarian crisis in Libya, the President largely precluded his detractors’ narratives and accusations, most of which were predicated on U.S. involvement in Libya being of a military, rather than humanitarian, nature.

This, the President’s speech maintained, was not the case. America was concerned with “protect[ing] the Libyan people,” not uprooting Gaddafi. “The U.S. and the world faced a choice,” inaction pertaining to which would have “stained the conscience of the world,” the President said. “It was not in our national interest to let that happen. I refused to let that happen.” After all, “Innocent people were targeted for killing. Hospitals and ambulances were attacked. Journalists were arrested, sexually assaulted, and killed. Supplies of food and fuel were choked off. Water…was shut off.” It is via these repeated pathos appeals that the President made clear the imperative of intervention in Libya: To stand idly by would be, before anything else, to ignore a mounting humanitarian crisis. Most tangibly, it would be akin to ignoring the millions of displaced and ailing persons in Japan. More distantly, it would be like ignoring another Darfur, another Rwanda, another Haiti, for according to Google these are the places we most associate with the phrase “humanitarian crisis.”

Through this frame, the President was able to accomplish the rhetorical task of spelling out his rationale for involving U.S. forces in Libya while simultaneously and tacitly defending himself against those who regarded his policy as treacherous and those others who regarded it as hypocritical. In time, perhaps a review of the popular commentary leading into and proceeding from the speech will provide some indication as to his strategy’s relative effectiveness or failure.