In my last blog post, I discussed President Obama’s State of the Union and America’s current treatment of international students in relation to Jane Jacobs’ book, he Death and Life of Great American Cities. The focus of the post was the idea that, much like the city planners in Jacobs’ book who wanted to clear people from city streets due to an unsubstantiated fear that busy streets meant danger, the powers that be here in America have erroneously instilled a belief that allowing international students to remain in the USA will somehow damage our way of life. 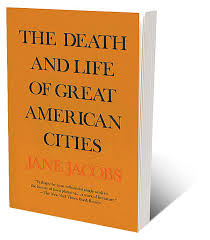 It is still shocking to me that we are not fighting to keep our international students on American soil when we are investing in their education and they are investing their time, money, and energy in our country. But let’s take this one step further: what makes even less sense to me is the fact that the American Bar Association is now in the process of proposing accreditation for foreign law schools. Almost all states only allow graduates from ABA accredited law schools to sit for their bar exams, and historically, only American law schools have been eligible for ABA accreditation.

As of December 2010, the ABA has delayed their decision on whether or not to accredit foreign law schools citing the fact that the topic needs more study.

According to the recommendations of ABA’s Special Committee on Foreign Law Schools Seeking Approval Under ABA Standards, the ABA should move forward with the accreditation process for foreign law schools in order to remove barriers to foreign-educated lawyers practicing in the USA. As cited in International Business Times, the Committee stated that “pressures to find other routes to U.S. licensure will continue to increase,” and, as states make decisions regarding who may sit for their bar exams, “…some states undoubtedly will authorize lawyers to enter the U.S. legal profession with weaker and less reliable training than is provided in ABA approved law schools.”

So wait a second. We are potentially allowing foreign lawyers educated in foreign countries to receive ABA accreditation and sit for our bar exams, but we do not allow international students educated at our ABA-accredited law schools here in the United States to remain in in our country and practice in our courts?

There are so many inconsistencies with this logic. For example, when we provide our accreditation to foreign law schools, American students don’t get the benefit of learning from and alongside their international counterparts. Further, foreign law graduates will eligible for legal employment here in the US, when the market is already jammed with lawyers. Finally, it is unsettling to think that foreign attorneys who have spent zero time on American soil, and who are potentially unfamiliar with our history and culture will be handling sensitive legal matters in our court system.

Once again, it makes no sense. Why are we even thinking about providing our

accreditation to foreign law schools and neglecting our international students who are educated here in America? Why not provide increased opportunities for international students to remain here after they earn degrees in our colleges and universities? It looks to me like citizens and policy-makers alike need to take a page out of Jane Jacobs’ book and critically examine what we are trying to accomplish by extending the right to practice law in America to non-citizens while denying citizenship to those who have worked and studied alongside us for their entire academic careers.