the problem with capitalization

The recent CNN article “Does your social class determine your online network” shed light on a theory that media ethnographer danah boyd developed several years ago after Facebook went public in 2006 – a theory that has been hovering over the past two years in CMC (computer-mediated communication) academic circles. boyd’s research on teenage computer-mediated social networking habits revealed a class-based shift from Myspace to Facebook after 2006. Teenagers began to assert aesthetic and economic distinctions between certain social networking sites, resulting in perceived and actual discrepancies in users. While a transition to Facebook became equated with a type of upward mobility and prestige, Myspace stagnated as a site that appeared less safe 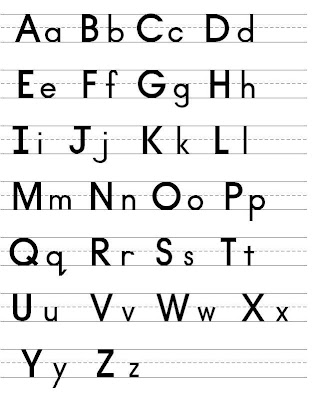 and more crowded with personalized layouts and soundtracks. This presented some startling data for boyd, who considered this digital flight to be evidence that the Internet, and all its communication possibilities, was not “the great equalizer” that it has been heralded to be by digital utopists like Nicholas Negroponte and Ted Nelson. [check here for boyd’s original blog post on her social networking theory]

The CNN article recapitulates boyd’s theory by providing commentary from boyd and other scholars (and even the celebrity blogger Perez Hilton for the pop culture perspective), in the end suggesting that the least seemingly class specific social networking site appears to be Twitter because of its “simple” interface and information-sharing imperative. The article can be accessed through CNN’s main page, but I came across it via the news aggregator website Fark.com. In aggregator websites registered users create unique headings for linked news articles that often act as a form of cultural critique or irony. On Fark, the CNN article is given the following headline:

“Ethnographer danah boyd, who does not capitalize her name, says ‘people self-segregate.’”

Currently, there are 309 comments from Fark users in response to this single article. That’s a notable reaction for this site. Although at the moment there is some conversation on the forum towards the content of the CNN article, including some observations that do substantiate boyd’s theory that Facebook users consider Myspace a “working class” medium, the dialogue has all but degenerated into a campaign against danah boyd’s lower-case moniker as an example of academic esotericism and pretension.

The feminist scholar bell hooks does not capitalize her name in an attempt to detach her personal biography from the work she produces, thereby extinguishing ego in lieu of her work. I conjecture that this political strategy has been adopted by hooks, boyd and others as a way of making level cultural discourse by subversively making present the female ego in the places where it has been denied for centuries (global, national, local and domestic spaces on social, economic and political fronts). For boyd, it is about control over her representation and personal balance. She writes,

“Isn’t a name simply another unique adjective for me? A label? I am not my name; my name is simply another descriptor of me. Should i Lose Weight Exercise [sic] that descriptor as anything more valuable than the other adjectives used to describe me?”

The act of naming and renaming is often a rebellious act. Even hyphenating one’s name, like many newly-wed women, can be a difficult and challenging decision for both families involved. The conditions surrounding naming conventions and their histories are complicated and dense, but it is the overall attitude towards boyd in the Fark forum makes me anxious as an academic. The troubling thing is how frequently the word “pretentious” is mentioned in the comments. Although that very well could stem from a misogyny festering in some Farkers (and probably does), I do not think that is the end of the story. The productive application of critical theory has been a hot topic of discussion in academia recently and with due cause. If a politically informed, deeply personal decision like making a name lower-case can be ridiculed with such vehemence, there is a deep disconnect between theory and the intellectualization of “naming” and “re-naming” as empowering acts of autonomy and, conversely, sovereignty. Although boyd may not have gone lower case out of a set of politics fostered by scholarly study, academia is on her side and implicated by her own position as an academic. Underneath all the complex variables that put boyd under attack on the Fark forum, it seems that people are using boyd as a foil to ask a larger question – what is the form of higher education and why does it separate itself from world in which it exists?

As an academic, I know that my colleagues and myself do not feel like we’ve separated ourselves from the world. We do not go to university to make the world a more difficult and elusory place- in fact, it’s usually the opposite. That’s why it sucks when people think academic praxis is pretentious and what’s frightening is that whatever issue that academically-informed praxis is critiquing most likely also exists within the academic institution. That is why the gulf between theory and practice is so wide.

Academia is trying, against many odds, to make itself relevant to a larger public, but it is challenging to incorporate these goals in a productive way. One runs the very real risk of seeming pretentious when integrating theory and practice into daily life when the “daily” has been instituted to refuse it. Even in writing on my computer, I have had to go out of my way to keep “boyd” from becoming “Boyd.” In the end, boyd is asking a lot from us. But her readers ask a lot in return: make your personal politics meaningful. This is the critical issue for academics; how to productively externalize theory. Although I certainly do not want to advocate that boyd should scrap the whole project (I like that she asks a lot of us), I do want to encourage a wavering faith in academia as the definitive curative for inequities and a look back at the institution while exporting one’s personal critique into praxis.