The Art of Complaining in Academia: The Miscorrelation Between Lightheartedness and Light-Mindedness

After a month-long hometown stay, I returned to the reality of the academy and settled into my social and scholastic routine. Yet the month away from the ivory towers was long enough to jolt my insider mentality and cause me to reflect upon our system. Upon doing so, I realized that we, as academics, are perpetual complainers. It is as if we prefer grievance to cheer because we equivocate gripes with hard work. I argue that the nature behind the habitual complaint derives from the need to appear busy and important.

Somewhere along the line, we associated lightheartedness with light-mindedness. This is a miscorrelation, yet we approve this mentality by participating in the grumbling. Our evolving social structure includes a routine complaint system that provides evidence concerning one’s research accomplishments and works-in-progress. There is an art to complaining in academia that is based off socially created rules of exchange, and we, as participants, look forward to it.

A general interaction begins with one graduate student or faculty member asking a colleague about the status of his/her latest research endeavor. This is an open invitation to complain. Griping about one’s chosen methodology or weekly workload is acceptable and expected within our culture, as long as the one griping allows his/her fellow academic an opportunity to respond. Usually, the response includes empathy followed by either a similar narrative or a complaint that trumps the other’s plight.

The key to this back-and-forth is that it is masked by a simple “how are you,” yet we know what is expected. If the interaction was not handled as explained, the conversation may be seen as bragging rather than standard disclosure. West and Turner (2010) reference W. Barnett Pearce’s support for social constructionism in relation to the theory of Coordinated Construction of Meaning. In the case of complaining in academia, social constructionism may be used to help explain why this behavior is a lasting habit rather than a passing trend.

Our system of complaints is grounded in our need to disclose a back-story; it is a way to exchange research narratives and may be similar to communication among artists. It is not enough to let an artistic piece speak for itself. In order to “make it,” the artist requires a narrative to accompany his/her piece, just as an academic needs compelling complaints to socially justify one’s day-to-day work and research process.

The act of complaining in academia is not as much a deliberate modification in behavior as it is based on graduate students and faculty members taking cues from one another to co-construct a social reality that involves the practice of complaining.  This day-to-day tendency evolves into part of our reality and resonates throughout academia on a Meta level as well as being contextually dependent. The Meta is represented by the university system as a whole and does not rely on the person or his/her research. The contextual level of complaining is based on a specific academic environment, such as one’s department or circle of peers.

Each exchange has a specific dynamic, yet the majority is guided by our mutual construction of what is and is not socially expected. As aspiring or established academics, we follow our defined reality and participate in the social norms of moaning and groaning. The pertinent take away is to disassociate occasional cheerfulness with a trivial mind frame. I suggest that it is possible to remain an active participant in the discourse of complaints while maintaining openness to positive narratives. 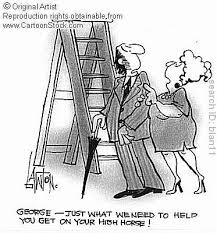