Posted in 2014 The Gnovis Blog

Throughout the development of photography as art, and genres of photography, there has been an ever-changing remix of mediums, and a multitude of alternative methods for promoting ones’ work. Pierre Bourdieu, French philosopher and anthropologist, was the first to claim that photography fulfills the function of a social index (a social index involves a way of categorizing or a process of social classification of content – in this case, photography) (Krauss). Because of this, over time, photography has blossomed into an art that has a variety of uses, including marketing on social media, artistic intentions, and social/political statements (Irvine). The publication and material context are what frame the meaning in these variety of ways, cuing the entrance of realizations in the differences in photography over time. Today, many use photography as an obsession and norm of documentation as well as a marketing tool in every aspect of life. This blog will address multiple historical contexts of creating one’s own photo, and the marketing/advertising, societal representation, and realism these contexts provide. This leads to the conclusion that photography now fulfills the role of a social index, including an obsession for today’s method of documentation.
Two examples of photographers from different historical contexts who used photography in different ways are Cindy Sherman and Ansel Adams. Adams, born in 1902, was renowned for creating masterpiece photos of the natural world. Adams was part of a group of photographers, Group f/64, which truly believed that a photograph is crafted and designed by an artist rather than simply taken or recorded by a technological device (Irvine). This argument was prominent in the 1930s around Adams’ and other photographers’ work, recognizing the real “truth value” of a photograph: as a constructed image or just a “picture” taken with mechanical equipment? For Adams, what made the photographer an artist was how the photo was shot. Looking at his photography, Adams has a unique style of perspective, framing, focus, angle, clarity, and creativity. 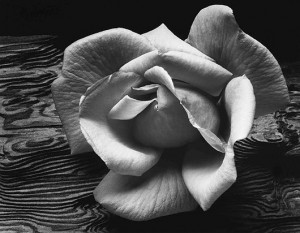 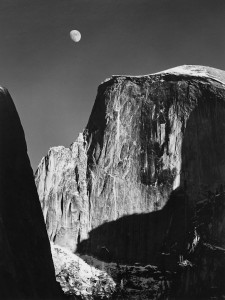 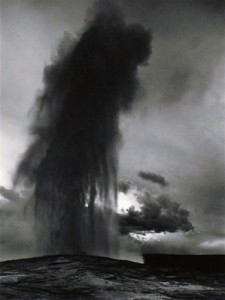 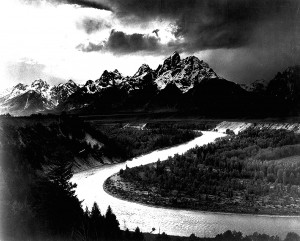 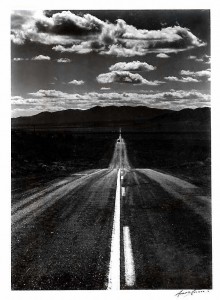 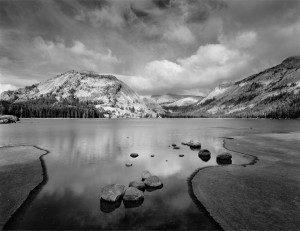 Group f/64 wanted to expose a modern aesthetic by revealing natural forms and found objects. This “purist” approach came to be known as ‘Straight Photography,’ which was the opposite of pictorialist photography. This vision became widely accepted, dominating the market in a way that no longer made it controversial as it was in the 1930s (Irvine). Furthermore, this method has come full circle in today’s society, due to the amount of edited photos and photography by the average individual that alters a photo’s straight, natural form. It is now considered of higher caliber among the millennial generation when a photograph has #nofilter or is #allnatural on various social media sites such as Instagram, Facebook, and Twitter, something that would please Group f/64’s efforts.
In later years, Cindy Sherman, born 1954, grew to become a photographer in an era that was based on the principle of sociological effect within a photo. Many of the images she created had a series of interconnectedness, with themes that included stereotypes in high culture and entertainment (Krauss). The images that were being reproduced had already been appropriated within entertainment industries. Examples of what was being reproduced include Hollywood scenarios, TV Soaps, harlequin romances, advertising, marketing, etc. (Crimp). In many instances, Sherman also made herself both the subject and object of her photography. What she represented was a critical parody of the times and trends of mass culture as well as popular culture.
Her imitation of what was represented in present day society through television and film was moving; she strived to showcase stereotypes in a certain light, never attempted before in modern photography. She represents the objectification of women everywhere as well as stereotypes attributed to many within the time period (Krauss). She became one of the emerging photographers who used their work to make statements about sociological effects. Mass advertising is another ideology accepted and widely used starting in the mid-late twentieth century. Advertisements are now spread across digital platforms and they are not limited to products on shelves. As individuals, we all now have the privilege of being an “artist” through various forms of social interaction online. We are our own authors, photographers, and marketing professionals. Photography is all about building your own brand, which Sherman very much did herself. 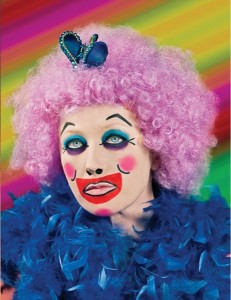 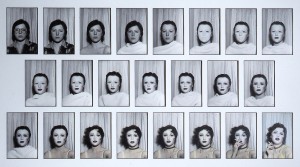 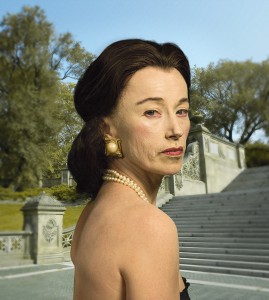 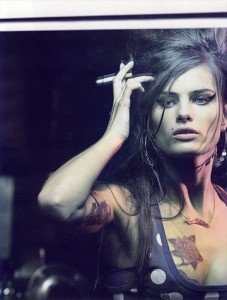 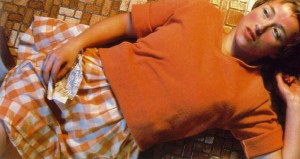 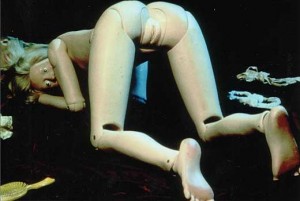 So, is building your own brand and marketing yourself always a reality? Sherman’s work also touches upon the idea of Simulacra: the world of distinguishing reality and phantasm is denied (Krauss). Many times, individuals take what’s in film, magazines, television, and media to be 100% truth. Sherman’s way of telling us differently is through her representation through art. What we watch and see via a variety of media is not the reality we may want it to be (Crimp).
We ritualize documenting where we are, who we are with, what we are doing, and we also make a habit of taking personal snapshots and portraits with smartphones and apps. There is social power within this representation of ourselves. Still, Sherman’s photographic art rings clear. Many of these “realities” aren’t so real. Is the girl in the photo really that pretty? Or are the filters and magnitudes of editing working to make her facial structure the way she would like? Is the photo of the male model really that toned, or did Photoshop help him out around his love handles?
The quantity of ritualized documentation of every moment in our lives through photographs, as well as the sociotechnical marketing and mass production that can take place through various medias is what blurs the reality of “personal photography,” and marketing of oneself. However, throughout the arrival of modern and post-modern photography, Bourdieu was right. Photography is filling the role of a social index, an imperative in the lives of many. The ideologies of creating one’s own photo, societal representation, realism, and marketing/advertising still hold strong for professionals at work in the photographic art industry today.

“In photography there is a reality so subtle that it becomes more real than reality.” – Alfred Stieglitz