Gendering the Organs of Expression

Spanish author Miguel de Cervantes Saavedra, famous for penning the novel Don Quixote, was once quoted saying, “The stomach carries the heart, and not the heart the stomach.” Here, Cervantes toys with language and a word’s ability to have multiple meanings. In this post I am specifically referring to the way in which we use organs of the body to express a feeling and paint a picture in order to help us conceptualize our “inner” experiences. 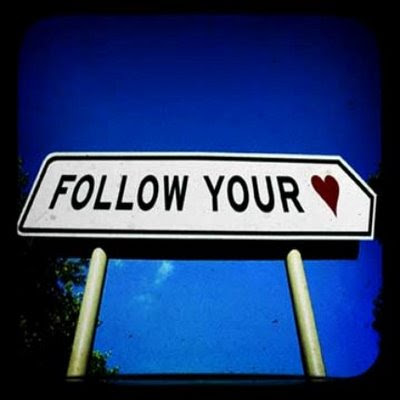 What exactly do we mean when we say “follow your heart” or “my gut is telling me…”? These words “gut” and “heart” refer to physical organs, which keep us alive, but in this context they mean much more than that. They suggest a feeling, an expression and a history of how that saying came to be and what it represents in different cultural spheres.

What Cervantes was suggesting is similar to what Ad Foolen (2008) discussed in his article “The heart as a source of semiosis: The case of Dutch,” which is that the words heart and stomach are metaphors for feelings that we have internally. By using these organ terms we are trying to express outwardly, what we are feeling inwardly and these feelings vary depending on the cultural context of the saying (p. 373-374).

In the English language, I would venture to say that the heart is linked to emotion and love, which can be considered to be misleading characteristics, whereas the stomach is more often connected to strength and one’s natural instincts. Based on my American cultural perspective I know that when someone is referring to his or her “gut feelings” or “gut instincts,” they are talking about their automatic reaction to someone or their cultural intuition about a situation or a person. In this sense, we could agree with Cervantes and say that the stomach carries the heart, because the heart at times can be unreliable compared to the instincts of the stomach.

In my own language and sayings I tend to put “gut reactions” or the stomach above “following my heart,” which in my opinion tends to suggest a fleeting feeling or the tendency to romanticize a situation. It is in this sense that the heart is often linked to female qualities and emotions of frivolity and dramatics, whereas the stomach or gut is linked to male courage and physical instincts in the English language. In a stereotypical male/female cultural dichotomy, the woman is generally considered to be more emotional, the male more solid and strong.

Luce Irigaray speaks of these ideologies in her work, saying that women are

submissive to “a culture that oppresses them, uses them, makes of them a medium of exchange, with very little profit to them” (1987, p. 32). Irigaray suggests that women have no other choice but to use these male-defined words to express their own cultural experiences in relation to the heart or the stomach. Therefore, when women say, “my heart is telling me…” they are using the only patriarchal language they have to describe a feminine emotion.
Though in the English language we may not assign words as feminine or masculine outright, there are still clear underlying characteristics and cultural norms that give gender traits to these words. My masculine/feminine perceptions of the stomach and heart are always open to reinterpretation and reassignment, as all culturally defined terms often are. However, in terms of using these words to explore one’s “inner life” as Foolen did, I will go with my gut and say that while the stomach’s instinctual attributes should “carry” the heart as Cervantes suggested; realistically, in the English language, the heart’s emotional cues generally win out in the end.

References
Foolen, Ad. “The heart as a source of semiosis: The case of Dutch.” Culture, Body, and Language: Conceptualizations of Internal Body Organs across Cultures and Languages (Applications of Cognitive Linguistics [Acl]). Berlin: Walter De Gruyter, 2008. 373 – 390.
Luce, Irigaray. “This Sex Which Is Not One.” New French Feminisms. New York: Pantheon, 1987. 23 – 33.